A Mauritian chicken daube is a stew in a light, tomato-based sauce flavoured (chiefly) with thyme, cloves, and cinnamon. There are probably as many variations on the daube recipe as there are Mauritian families – like with a British stew, every household tends to have their own version! As my family are mostly French-Mauritian, our version of the classic Mauritian chicken daube does not include chilli and curry spices you find elsewhere (there would be much theatrical eye-rolling, head-smacking exclamations of horror at the very suggestion), but is instead a delicate and surprisingly fresh dish that is both hearty enough for a winter’s day and light enough for the summer.

Tuck into this fragrant and delicate Mauritian stew with our family recipe for Chicken Daube!

Growing up in a Mauritian-British household, this quick and easy dish is one that would appear regularly on the family dinner table. So regularly, in fact, that by the time I left home for University, I got a little tired of chicken daube and rather predictably and shamefully replaced it with pot noodles and pasta. Now I’m a proper grown-up who has admitted pot noodles aren’t actually food, I’ve started cooking it again for my own kids. I’m pleased to say that they have embraced it whole heartedly and in the process I’ve rediscovered my love for this delicate dish that is, for me, the essence of home cooking. Try it for yourself and I promise you won’t be disappointed! 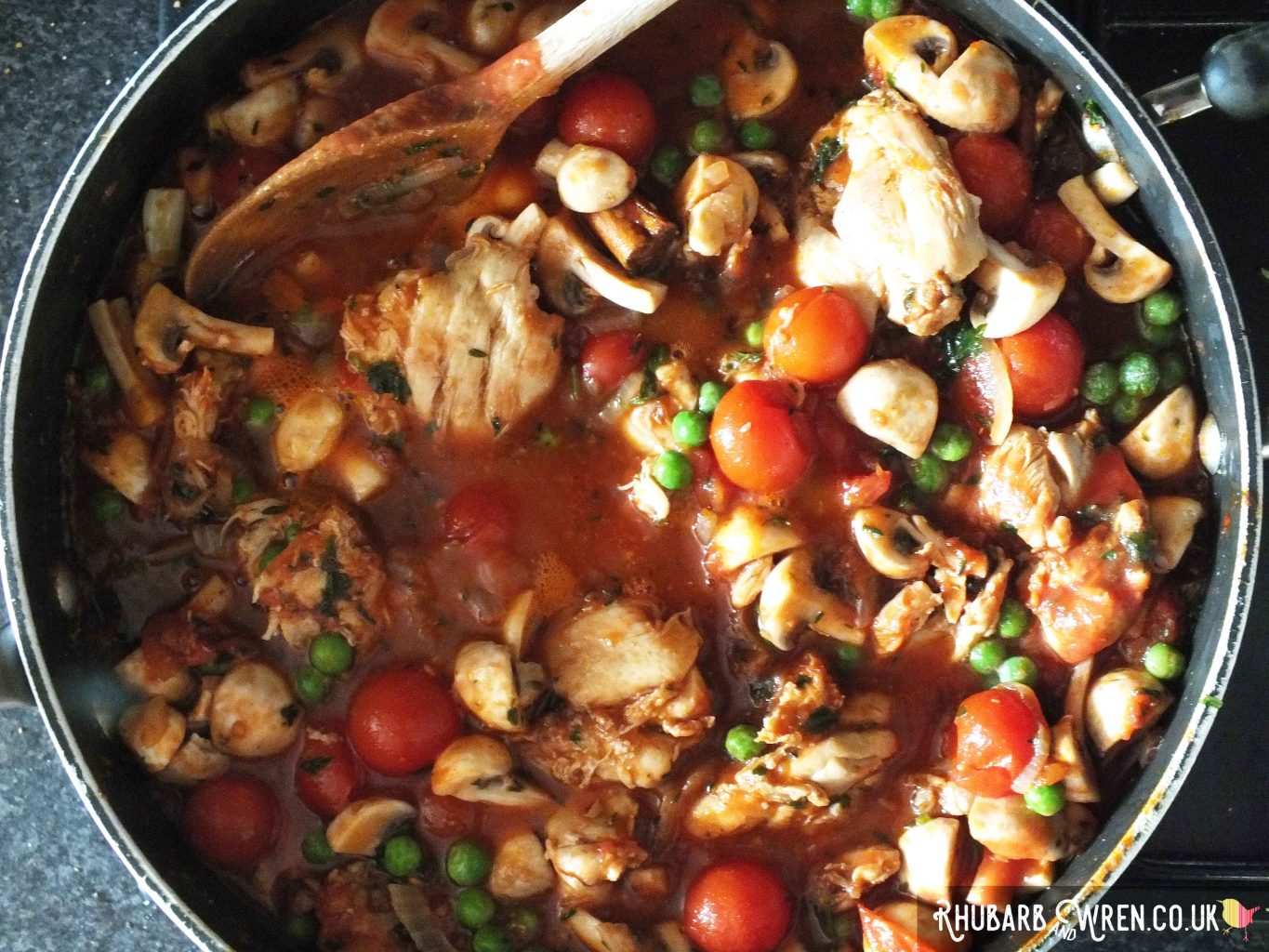 This chicken daube recipe is cooked entirely on the hob, in a large pan with a lid, and takes under an hour from start to finish. Making this quantity will serve a good portion to about six people.

Chicken daube is traditionally eaten on a bed of fluffy basmati rice, but it also works well served with some crusty bread. If you’re going to serve with bread only, you might want to put in some potatoes when you stir in the mushrooms. The potatoes should be peeled and quartered, but there’s no need to par boil unless the pieces are very big. They help thicken up the sauce a little and makes the whole dish go that bit further. Including potatoes is a Grand-Mère approved variation – everyone in my family is in agreement that potatoes are a can-if-you-like addition… but there are other options that are a little more contentious!

Even within my family there is much disagreement over exactly what should be used in the perfect chicken daube. Parsley, for example, is highly controversial – my dad insists all daubes (bar one) should have parsley. His exception is a Chinese cabbage daube – this apparently should never have parsley, because that would be an affront to nature. However, my mother (who is Welsh, not Mauritian, but was taught this recipe – back in the seventies – by my Mauritian grandmother) insists that NO daube should ever have parsley in it. As her logic is somewhat dubious, I’ve made it both ways, and I tend now to add a generous handful of roughly chopped, flat-leaf parsley. I find it helps intensify the herby flavour of the dish without overpowering the warm undertones of cinnamon and cloves.

Ginger is another conundrum – you’ll notice it’s not in the ingredients list above, but both my parents agree that my grandmother would often include a finely chopped, small piece of ginger (about half an inch). My sister hates ginger, so my parents stopped adding it. As I like ginger, I had a go adding it back in. While it was nice that way, I think the daube is actually better balanced without the ginger. However that could be just because it’s the way I’m used to daube tasting! Feel free to try your own experiment on this…

Tinned tomatoes are absolutely key to this dish – as they are, it seems, to most Mauritian cooking. We used to joke that my dad couldn’t cook a cake without adding a tin of tomatoes and some onion and garlic… Now, we don’t joke, we just admit it’s completely true. But even with the tomatoes, there can be disagreement. My dad specifies whole plum tomatoes, which he then chops in the pan. My mum says this is ridiculous and pointless, and uses chopped tinned tomatoes of any sort (usually Italian). I tend to agree with her on this one, so that’s what I use. However I’ve added to the drama by my own addition to the chicken daube recipe of a tin of whole cherry tomatoes (on top of the essential chopped/plum toms). I got some very speaking looks when I served this up to my dad, who poked around at them like they were live grenades. He did admit they were ‘not bad’ in the end though!

Finally, a note on the chicken – I tend to use a packet of thigh fillets in a chicken daube because I’m lazy, but you can/should (according to my elders!) use meat on the bone. As a child, my parents usually made this with a whole chicken, roughly portioned. Frankly, this dish works with whatever bits you want to use, but I’d recommend thighs over breast meat if you’re going for fillets. 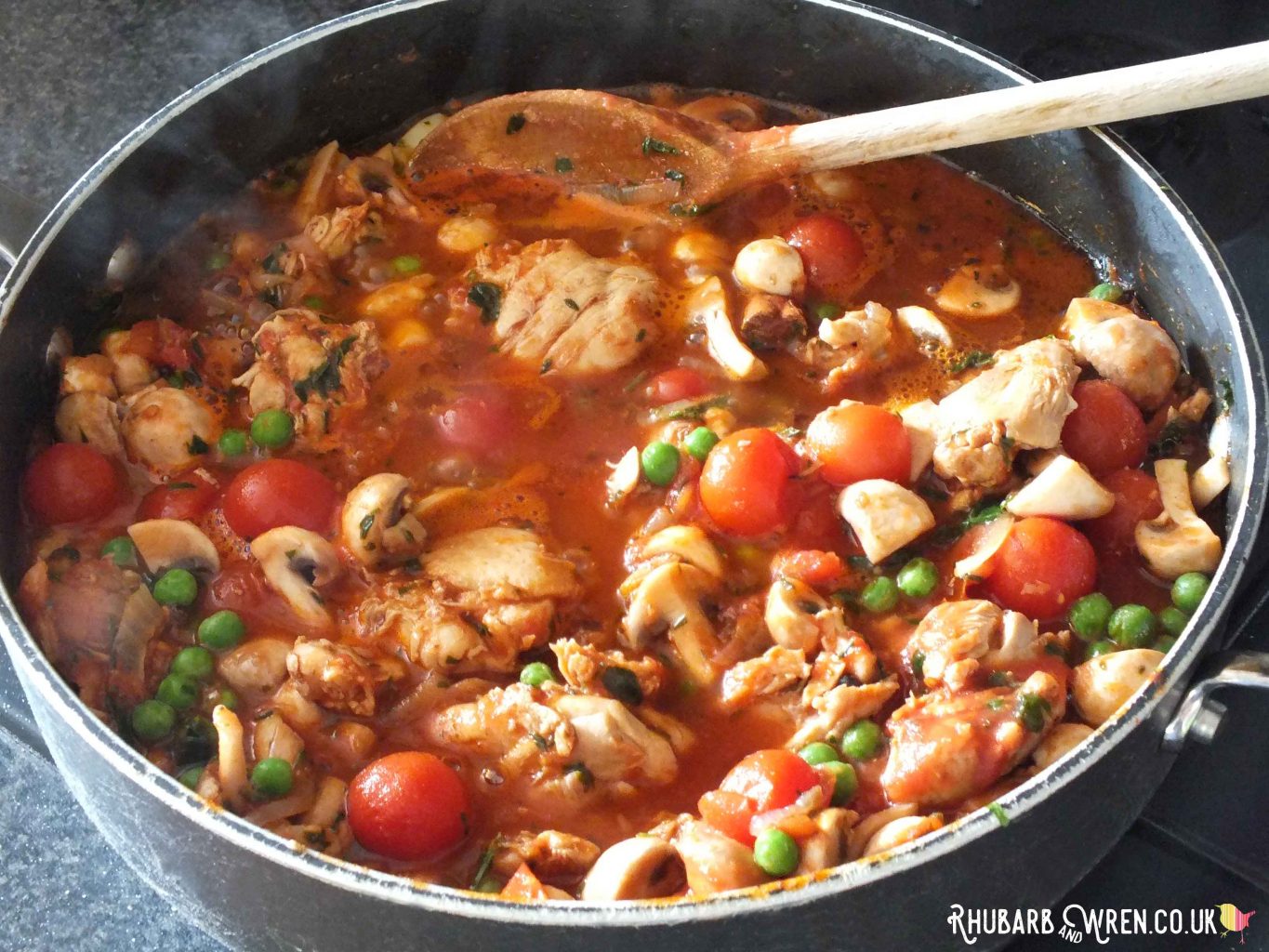 If you’ve enjoyed this, why not take a look at some of our other family-favourite recipes!

Nigella’s Spring Chicken is one of our family favourite recipes! 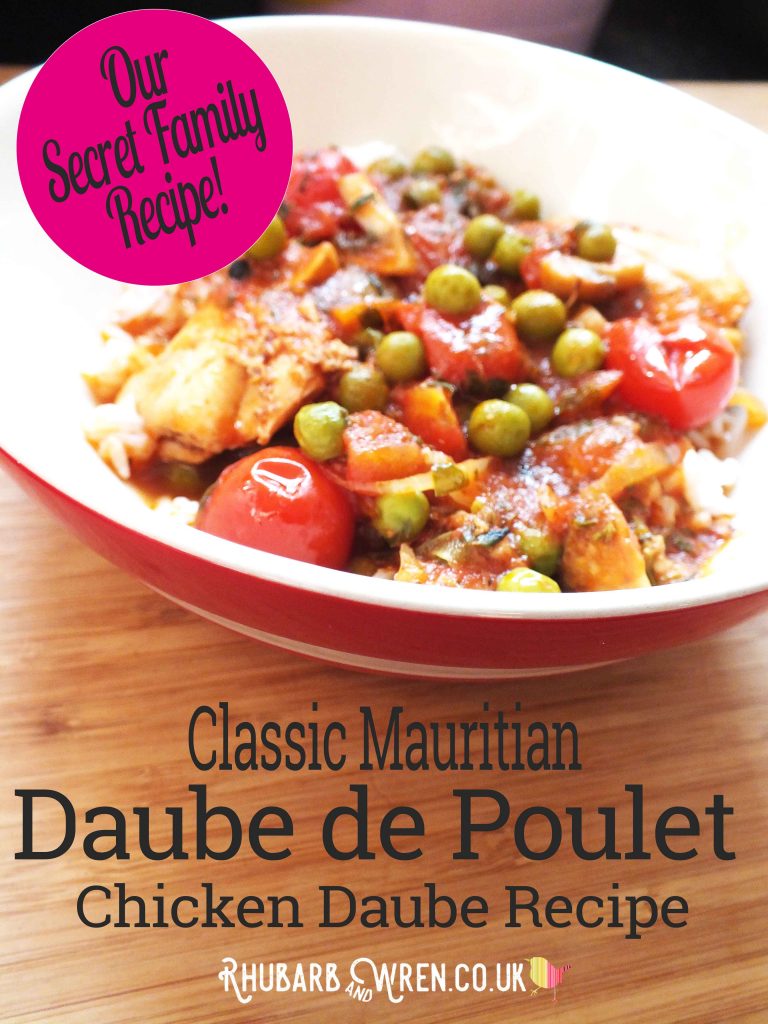 This classic recipe for a traditional Mauritian daube has been handed down the generations in my family – and now you can learn it too!